Brian Keith Wallen and I recorded Mountain Roads in 2016. Brian and I always bring out the best in each other, and we had a bundle of fun making this album. We’re delighted to share seven tracks of toe-tapping, foot-stomping fun with you.

Mountain Roads was recorded live in studio at Sawtelle Studio at Swallow Hill Music in Denver, Colo. We had just come from a morning gig in Denver, and when we got to the studio, we pretty much just set up mics and played. As a result, the recordings have a live, front porch feel to them. The album gives a feeling like you’re at one of our shows or sitting in the living room with us. 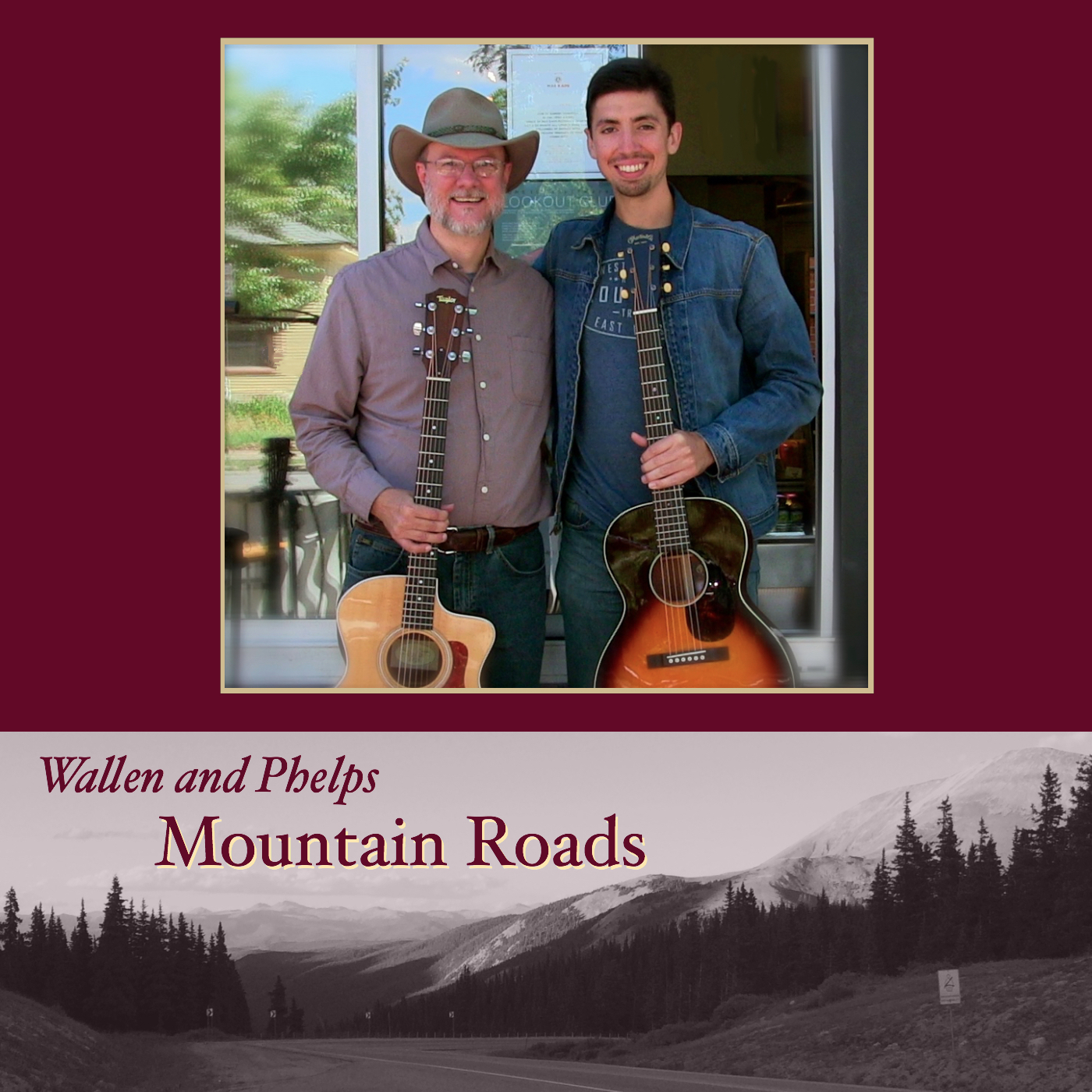 Mountain Roads (CD)
Brian Keith Wallen and Dean Phelps are established performers in their own right, but when they get together, they cook up a soulful mix of blues, bluegrass, old-time, and gospel music. Think Merle Travis meets John Mayer, introduced by Doc Watson. (2016)
Price: $10.00

Read more about the making of Mountain Roads.

No items in your shopping cart
Visit The Shop
Checkout